Small town Ontario at its best 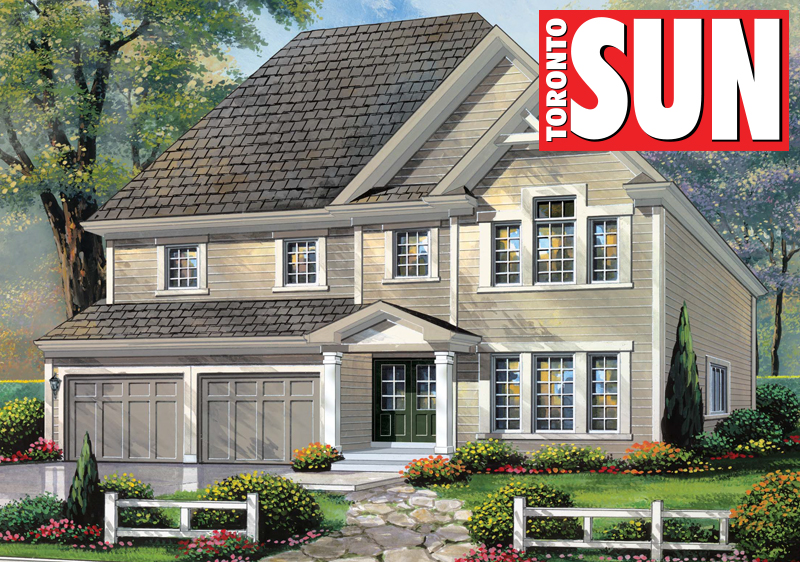 Toronto Sun, Martin Slofstra, August 19, 2017 – A second road trip that had me also convinced of the attractions of small town Ontario took me to Stayner where I learn the plan is to build 1,800 new homes in the next 10 years, which would easily double the town’s population now at 4,200.

Most of the new homes will be built by MacPherson Homes, which is just about to launch Phase One of its Nottawasaga Station — 69 single family homes consisting of bungalow, raised bungalow and two-storey designs on 45’ and 50’ lots, ranging in size from 1,462 to 3,214 sq. ft. and starting from the 400,000s.

“This is the perfect smalltown environment to raise a family or to enjoy your retirement years,” says Clearview Township Mayor Christopher Vanderkruys. (Clearview Township was established on January 1, 1994, when the Town of Stayner, the Village of Creemore and the Townships of Nottawasaga and Sunnidale were amalgamated.)

I ask him if there is ever any local opposition to building new homes. “No resistance at all,” he says. In fact, his pitch to developers has been “you are building everywhere else, why not Clearview.”

Vanderkruys believes that growth is necessary to build a vibrant downtown and to attract new business. There’s a very creative side to what the town is doing, regular events include a combined Farmer’s market/live music event called Music, Market and ParkIt, a community garden in nearby EcoPark, and a tulip festival in spring where his claim to fame is cooking and handing out 750 oliebollen (a Dutch pastry that comes in the shape of ball.)

The busy highway that cuts through Stayner’s downtown works to the town’s advantage. “From the highway, people see all the cars parked at the Farmer’s Market and they want to stop and see what is happening.”

My tour of Stayner is led also by Amanda Murray and I can see the potential. The downtown is very walkable, has plenty of local shops and should further benefit from a landscape architect hired to develop a plan to beautify the area.

Also, a new library is being built as an addition to the existing Stayner Community Centre at a cost of $3.2 million, with construction expected to begin some time this year. And the Clearview Trail Link, a network of recreational trails is being established.

These are all fairly significant capital projects for a town’s size but all necessary if communties not just retiring empty-nesters but growing families as well.

Part of the appeal is location — close proximity to Collingwood, The Blue Mountains, Wasaga Beach and Creemore — make it four-season paradise for hikers, bikers, skiers, and so, after my tour of Stayner, our hosts takes us on a short drive up to Wasaga Beach which I can see is also due for a revitalization.

I meet with David Cubitt, president of the Wasaga Beach Brewing Co., and chief organizer of a “beer around the bay” event that aspires to add fun to the area which already boasts the world’s longest fresh-water sandy beach.

Says Cubitt, who also organizes beach-side live music events, “There’s a new vibe here already and there is so much more to come.”